Key Takeaway: U.S. President Donald Trump’s recent decision to keep a residual force of at least 400 troops in Syria prevents the immediate takeover of valuable natural resources and infrastructure in Eastern Syria by Iran, Assad, and Russia. These actors nonetheless still have options that could lead to the defeat or expulsion of U.S. forces. The residual U.S. forces will operate at Al-Tanf on the Syrian-Jordanian Border as well as in Northern and Eastern Syria across the Euphrates River. The garrison at Al-Tanf is relatively defensible with secure supply lines to Jordan as well as a limited tactical requirement to defend the base and a surrounding fifty-five kilometer exclusion zone, which includes the Rukban IDP Camp. The U.S. is significantly more vulnerable east of the Euphrates River. Iran, Assad, and Russia are building up forces west of the Euphrates River and using outreach to local tribes to gain footholds on its eastern bank. Even a limited drawdown by the U.S. will create security gaps east of the Euphrates River that could be exploited by Iran, Assad, and Russia.

Map Methodology: This graphic depicts the disposition of both adversary and partnered forces deployed at key infrastructure locations and urban centers in Eastern Syria and Western Iraq. Position locations are based on information available in open sources reviewed by the Institute for the Study of War (ISW). The list of locations and forces depicted on this graphic is not exhaustive but rather meant to show the presence of forces at assessed locations of vital strategic value or likely escalation. It also does not provide an assessment of the size of the deployed forces or their integration into wider command-and-control structures. The graphic does not depict the specific deployment locations of U.S.-Led Anti-ISIS Coalition forces beyond the garrison at Al-Tanf. ISW will continue to update this dataset and publish updates as necessary. U.S. and allied government readers may contact ISW to request more details on the specific units and forces represented generally on this graphic.

By the ISW Research Team 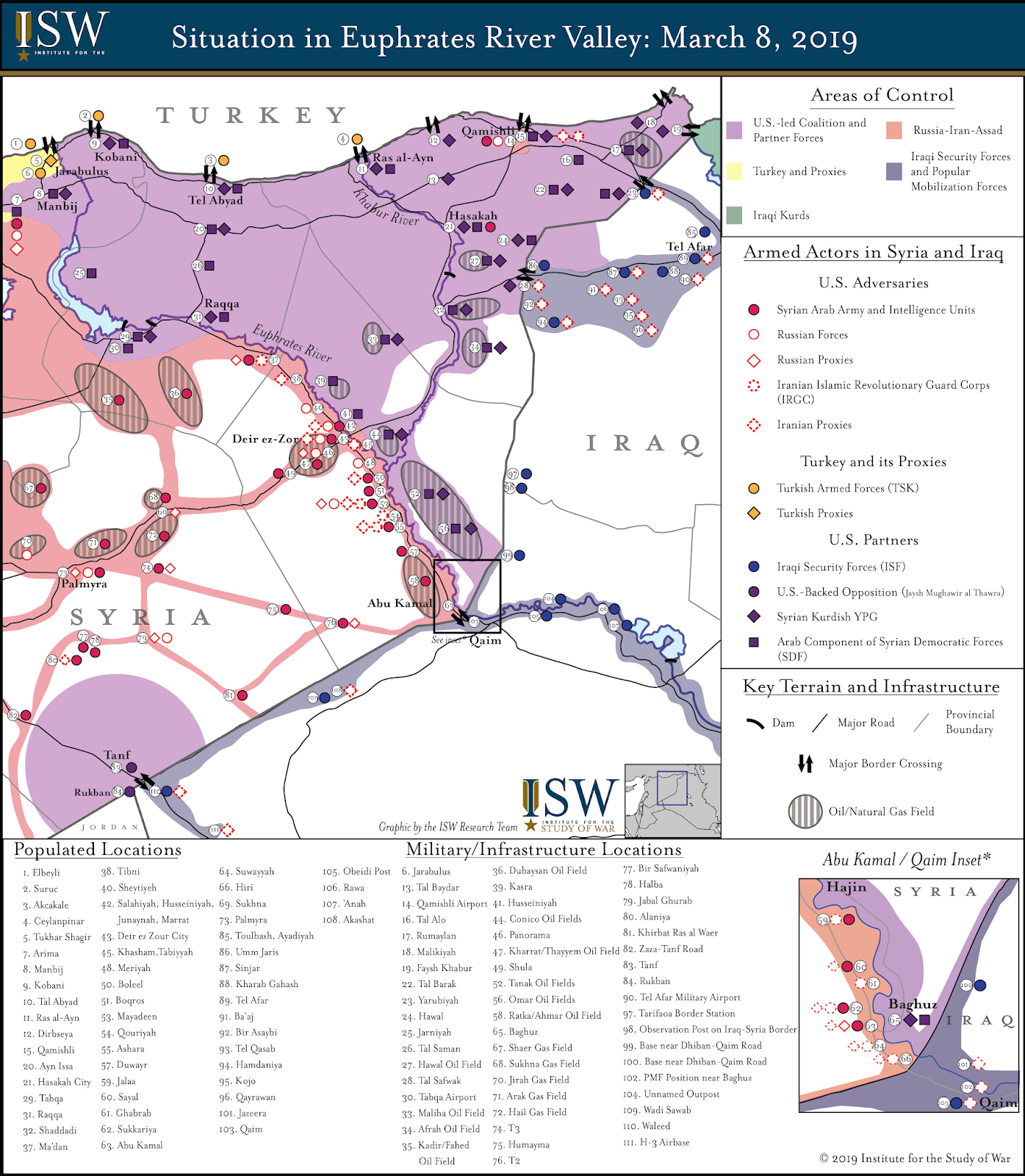